Mary Mackin passed away September 16, 2017
A Celebration of Life will be Saturday, September 30, 2017 from 2-5pm at Clark Legacy, 3000 Versailles Rd, Frankfort.
Donations may be made to Grand Paws Search Dog Association or Friends of Animals in Owenton. 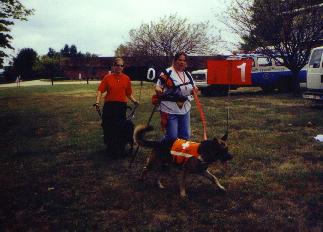 The Grand Paws Search and Rescue group has 27 members, 11 of whom have paws. Ten of the dogs are certified in search and rescue.

Grand Paws now covers Area 7: Boone, Campbell, Kenton, Owen, Grant, Carroll and Pendleton counties. Most of the members are from Owen County, though a few come from Lexington or Northern Kentucky. Some other search and rescue teams in Kentucky, are in Jefferson County, Bullett County, Bluegrass and Western Kentucky.

The dog/owner teams are trained in mantracking and water rescue. They are recognized by the state as a specialized rescue group and go by all the state and national standards. The humans are certified in First Aid and CPR and have learned basics of search and rescue, including how to read a compass and topographical map. They also stay in good physical condition: they may have to haul someone out of an area far from roads.
Jeri Slavings Karsner, who helped found Grand Paws about 1994, died in a car crash. All donations in her memory went to the team and were used along with grant money from the state to purchase a trailer and much-needed gear: a generator, lights, helmets, a litter to pack patients out, life jackets, including one for a dog, and tents to keep the dogs out of the sun. They carry enough provisions to be self-sufficient for 24 hours.
The Kentucky Search Dog Association, which Patty, Pam and Jeri helped found in 1988-89, split into several groups in order to decrease teams travel time to and from disaster/rescue sites. Time is the most important thing when somebody is lost, Patty explained.

One of Grand Paws most recent searches was for a person with Alzheimers who disappeared in Carroll County near Sparta; Bluegrass, Jefferson County and other teams were there also. Murphy is my main partner. He's 8 yrs old and has been certified for 7 yrs. He does wilderness searchs, water, and he's worked a mine collapse. He has done many demo's for boy scouts and other organizations.  I have been doing searchs for almost 20yrs. I was one of the founding members of the first dog team in the state of Ky. My first partner, Blu was with me for 10 yrs. Dakota was a partner for almost 2yrs. Now Murphy is my 3rd partner for almost 8yrs. Rosa is a 1 1/2 year old female in training. She is training to be mostly a tracking dog. She will also do water training for drownings. Grand Paws simulating a search for a drowning victim. 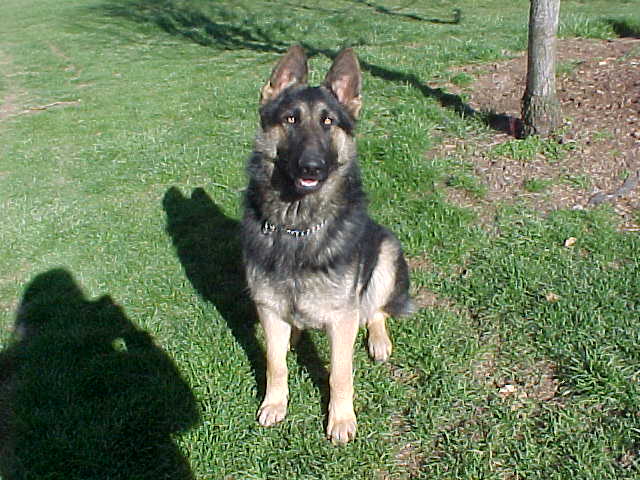 Here is Luck (9 months old), she still runs beside the 4 wheeler, but she likes Steves side of the kitchen table the best!! 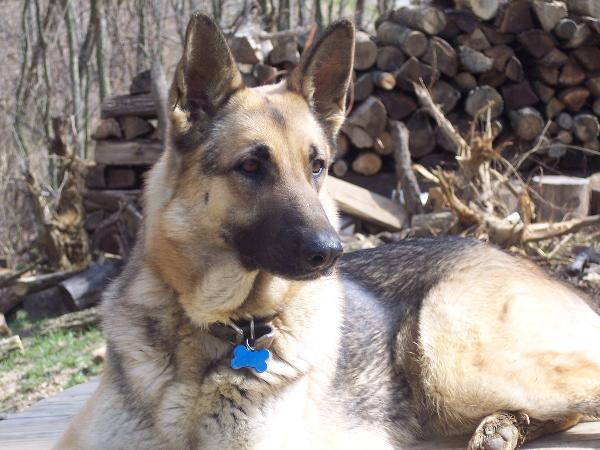 Sadie is a four year old full blooded German Shepherd Dog who was donated to one of our K-9 handlers to be used for Search and Rescue. She is graceful and light on her feet and enjoys playing with the other dogs  Occasionally, she gets so excited that she jumps up and runs on her back feet. Sadie loves to socialize
with people and other dogs. Sadie ranges well during
searches and always beats her handler to the victim with excitement of her find. Sadie is trained in land search. She has proven to be a valuable asset to the team.  Sadie is also a member of Grand Paws Search Dog Association. 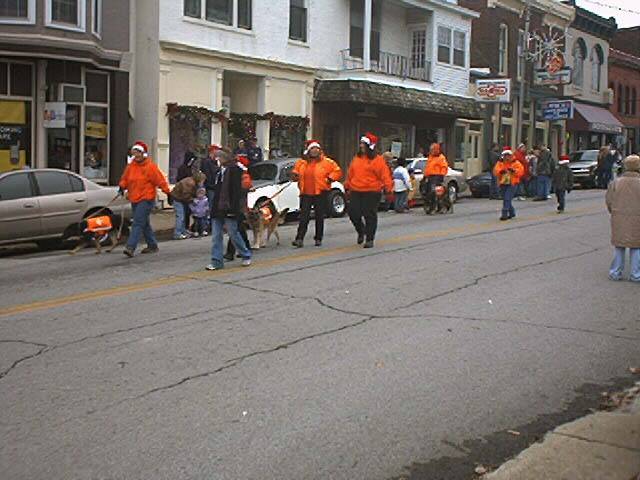